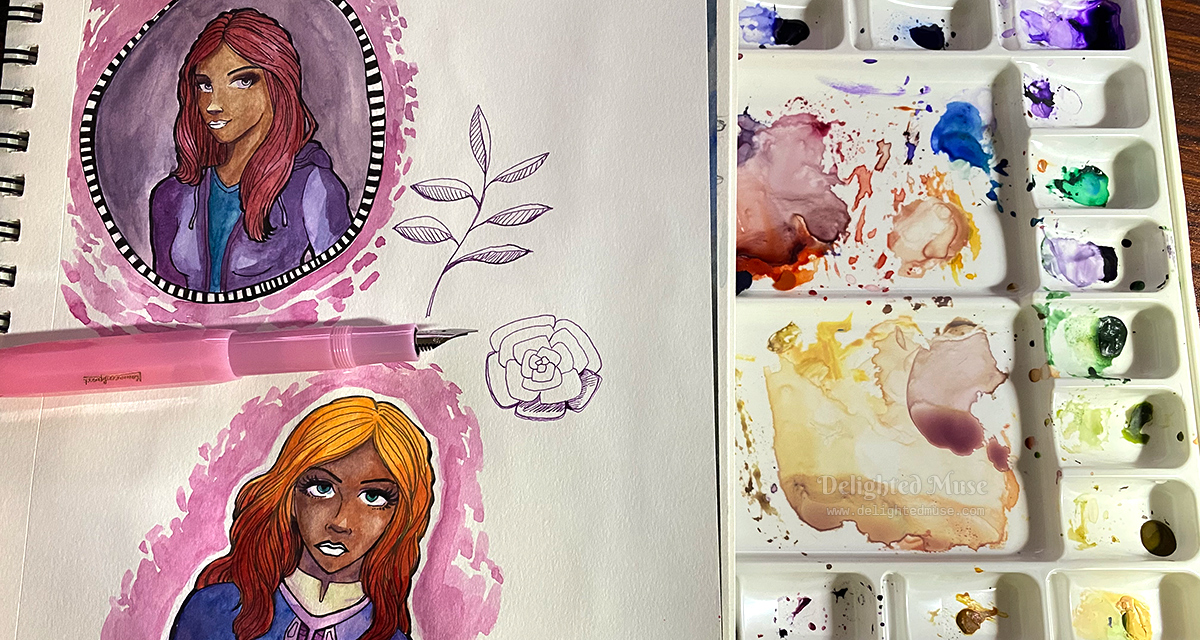 Well, tonight will be a quick post of some sketchbook paintings that are still a work in progress. I didn’t have much time tonight: after dinner and some housework, I signed on to a virtual performance my belly dance teacher held. Then after I met up with a few friends on Discord to play games. The downside to virtual social events is that I have literally been at my desk most of today. I am ready to stretch and get out of this chair!

The game we chose tonight was Minecraft. I’ve never played – though have of course seen clips – I don’t live under as much of a rock as I sometimes feel like. Though I will say it still feels like a “newer” game to me. I guess I’ve reached the age where pretty much anything after 2010 feels like it was yesterday. T_T

Anyway, they’ve set up a shared server they’ve been building at for a little while the last few weeks, so I’m happy to join in. ^_^

The only downside is that its a first-person view game, and those always make me so motion sick after like 10 or 15 minutes (RIP my efforts to replay the Myst game of my childhood). I switched it to 3rd person view, and was using a game controller (because my trackball mouse is just…not great for gaming), to see if that would help make it better. Alas I still got a headache and very nauseous. I’m still nauseous, but I want to post to my blog tonight, darn it! I did find some advice just now on Reddit to adjust the settings further: set field of view to 80 and turning off view bobbing. Fingers crossed that it helps for next time I play!

For these sketches, I originally had the under sketches finished back in 2017, which was when I first picked up this mixed media sketchbook, I think from a Michael’s craft store?

A lot of my sketchbooks that are yet to be filled have what I think of as dalliances – a few pages of drawings, but then the rest of the book is blank. Ever since I decided to start sticking with a primary sketchbook and numbering them after I completely fill them – this one being Number 5 – I pick a “start date” for the sketchbook, regardless of if it has older dalliance sketches in it. So while this one has 3 pages of miscellaneous 2017 drawings, as well as a few from this past December, in my mind it officially started this month. Of course, my sketchbook system is all arbitrary: as long as it’s motivating for me, it works, and I’ll change my little rules on a whim. ^_^

Ooo, also pictured above – my new Kaweco fountain pen, which arrived with all my other JetPen goodies today! It shipped and arrived SO much faster than I was expecting! *happy dance*

Okay, now to go drink some water and lay down, so motion sick. O___o 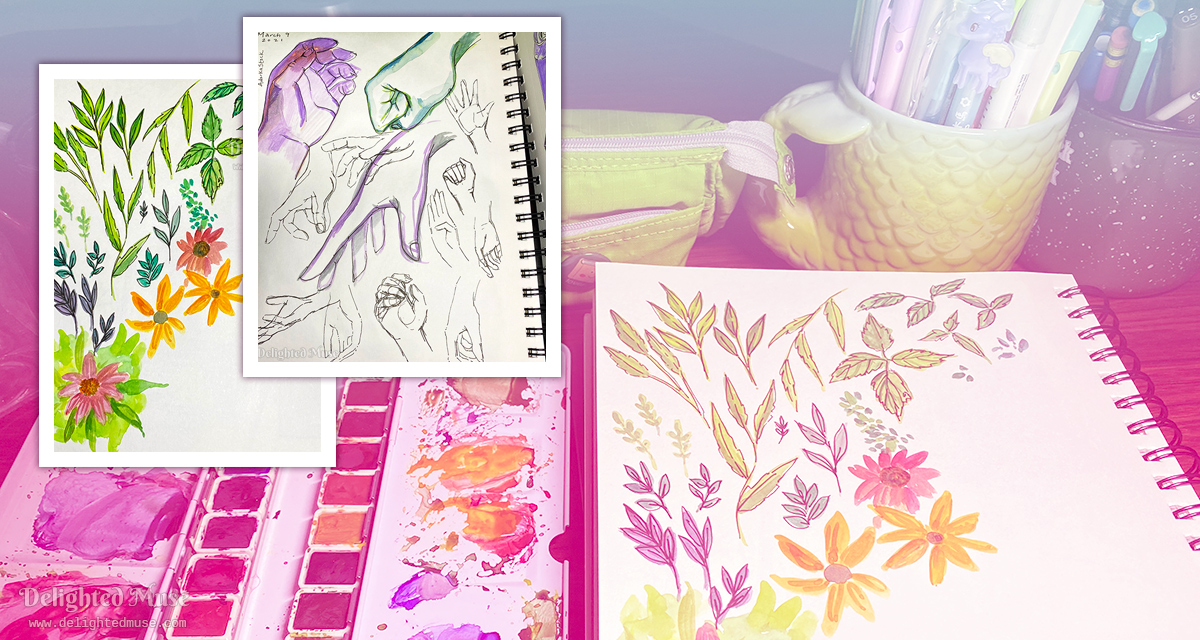 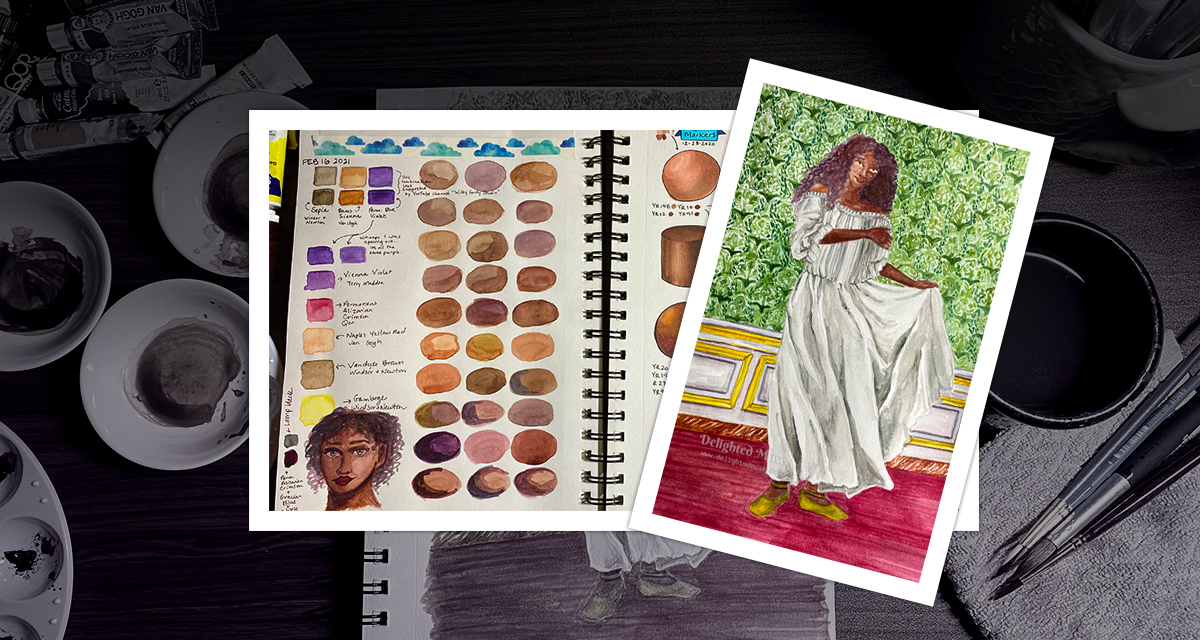 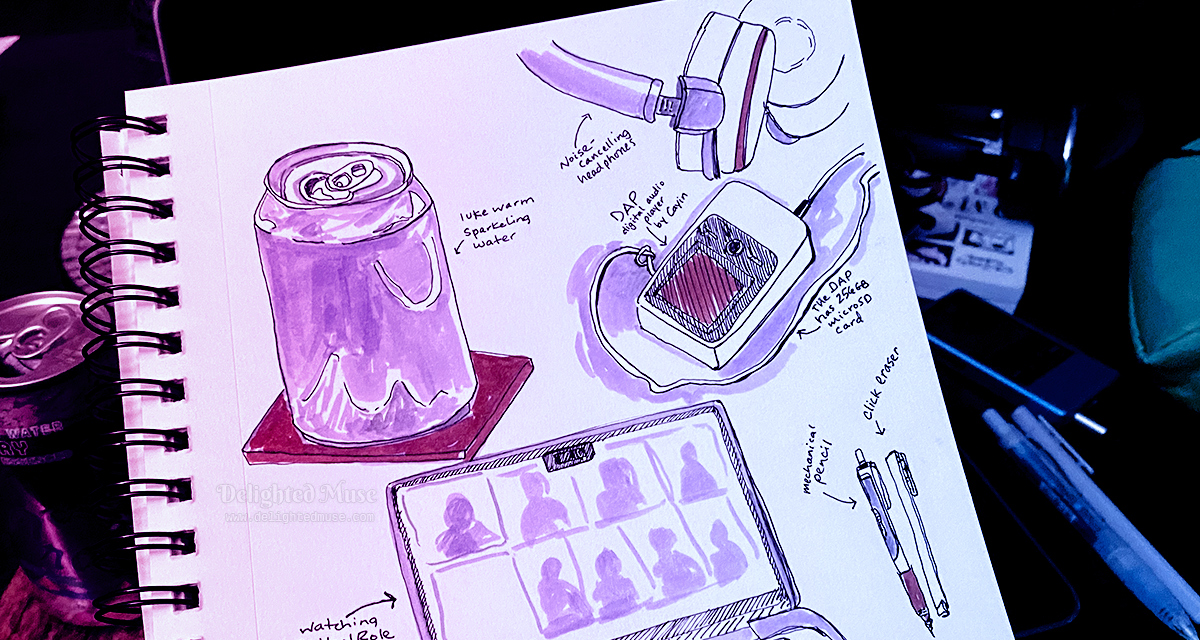