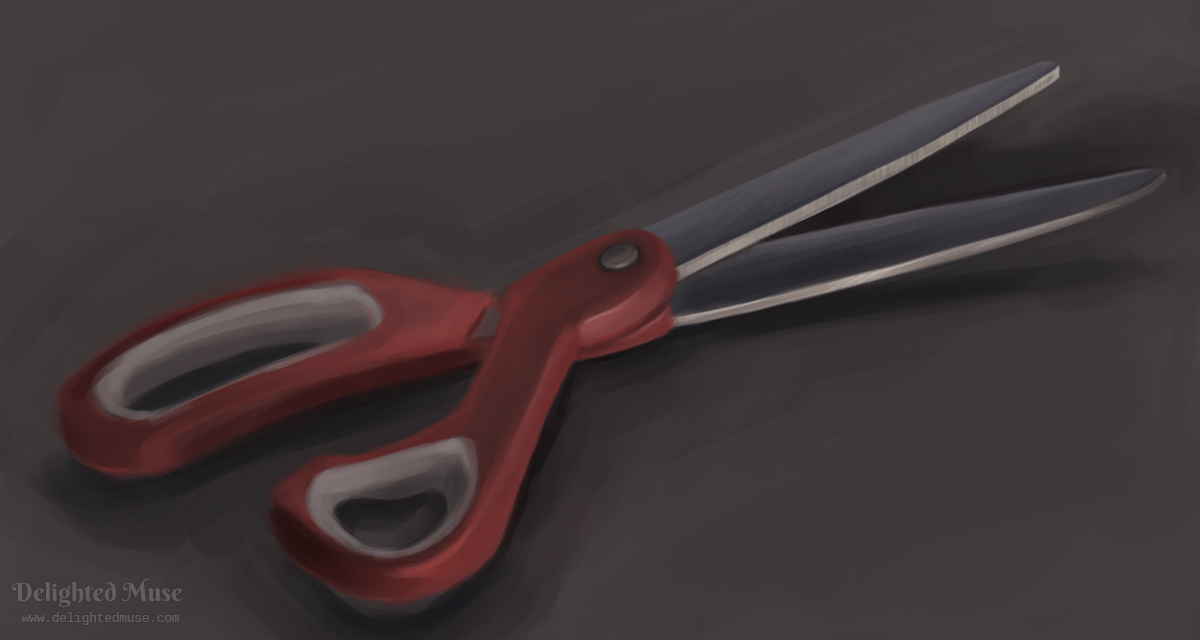 AKA – what object on my desk could I paint quickly? I wanted to paint something from life tonight, rather than a photo study. There is such a richness of detail when looking at an object in front of you – the way the light bounces off the object, seeing the form better. Being able to reach out and touch for the form. I want to study more from life while digital painting, but having a corner desk set up… I’m not sure how that would work with setting up a still life. A future iPad would make it easier, but I’ll be patient and put in practice time with Wacom plus Photoshop.

I ran out of time painting this one – the handle is fairly unfinished. I took the time to zoom in and do some details on the blades at least? And the little button thing that pins together the two blades. And trying to capture the soft-ish beveled edge between the top of the handle and the side – it’s still a little too ‘sharp’ of an edge between light and shadow, but I was trying to just use one brush. For…speed? I don’t quite know the logic on that. It felt like it was faster to stick with the one brush, but I’m sure that’s not the case.

You might be able to tell that today was very MEH. I didn’t feel well, still dealing with tension headaches and a tense neck. Had to go pick up a grocery order at 7pm, which meant a 30 minute drive into the city in the dark. The country roads were pretty but I was worried about ice. It ended up being fine though, and food acquired, so yay!

I had a bunch of possible ideas for what I wanted to paint tonight: rock and meadow studies, another ivy study (I feel like the one from yesterday could have turned out better), or maybe just a whole canvas full of candle flames. Or more drawing drills and form studies. Going with the first thing I grabbed out of my pen cup is pretty inline with how I’ve felt today. But you know what, it works and I got practice in. 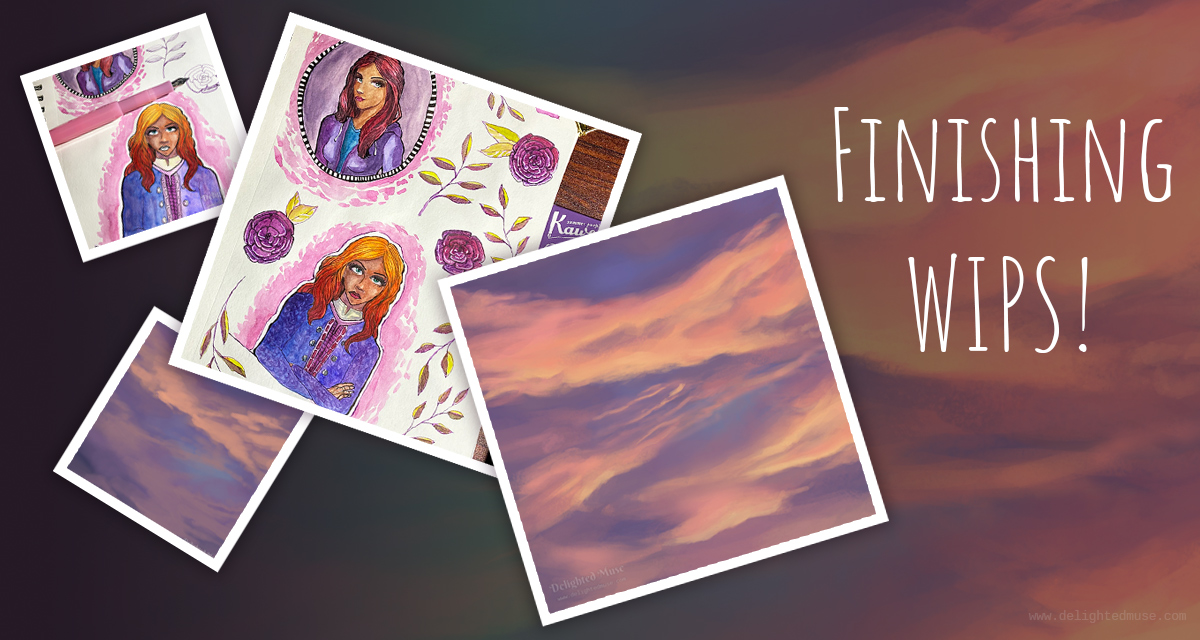 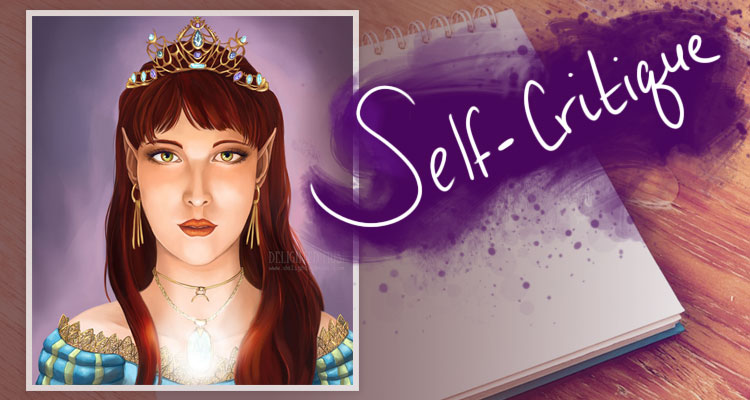 Self-critique: For the Love of Gold 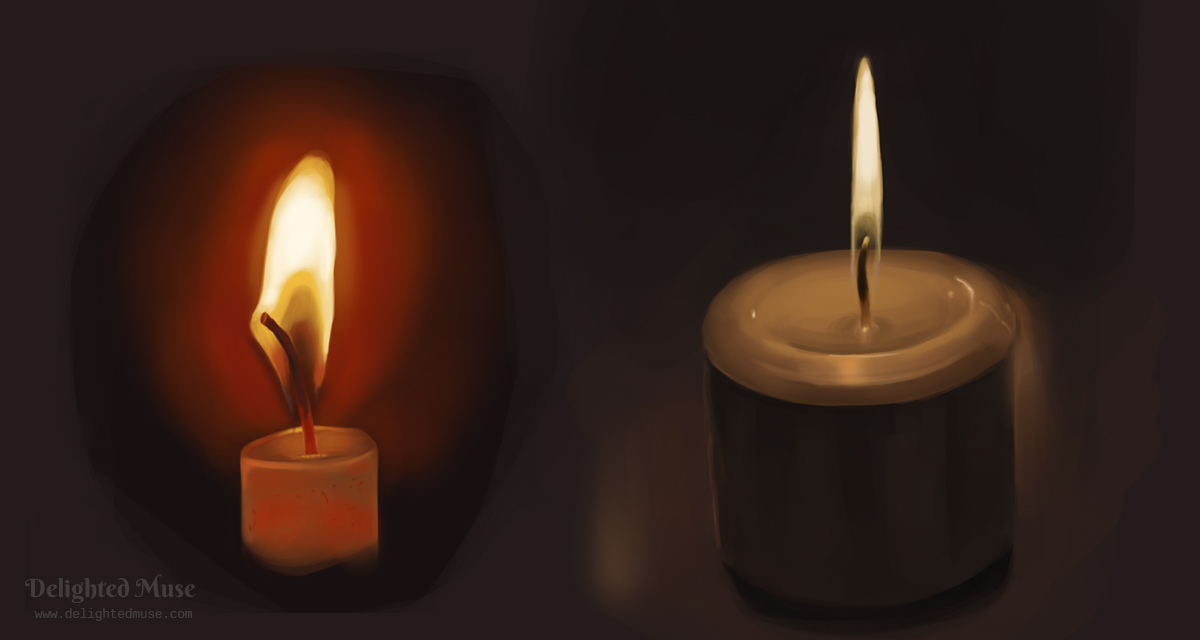 Candles alight in the dark