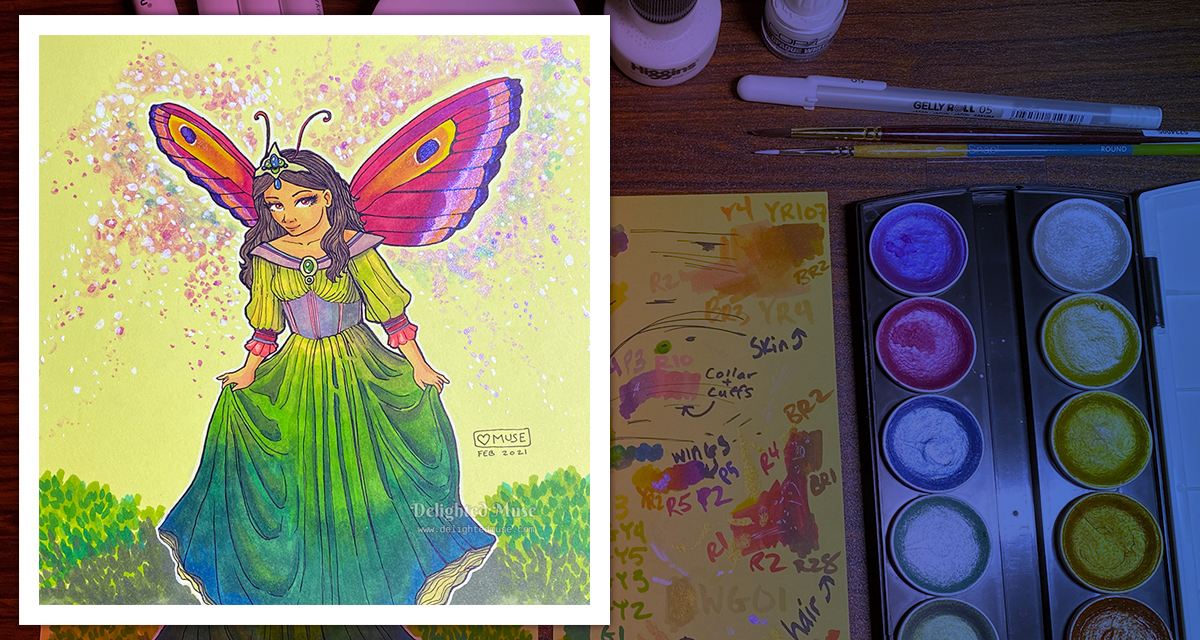 I am channeling some cheery spring energy today! I think this is the first year where I am looking forward to daylight savings time, as it means we are a little closer to nicer weather.

This little drawing started as an idea to practice using my Ohuhu markers on color card stock paper. I originally thought I’d do some ivy studies or maybe even simple boxes and cylinders, but instead this was what I went with! The sketch and inking were completed for yesterday’s blog post, so today’s focus was the color.

I learned that iridescent watercolor paint does not like this card stock. It didn’t want to sink into the paper at all – probably something with the paper’s coating or the way it was dyed yellow? I’m not sure, but I don’t think I’ll repeat using watercolors on it again, unless for very tiny accents.

I was going for “pixie dust” around the wings, I guess? The yellow paper just felt so blah and blank. It’s feels like a bit of a mess now, but at least it was good practice! :p

I tried using two different white inks for the dots in the background (plus I suppose the gel pen for the outline of the figure): Higgins white drawing ink and Copic opaque white. I liked the Copic white better, but perhaps the Higgins just needed to be shaken better or has gotten too old? It was very watery and not opaque enough.

I worked on the marker part tonight after dance class while sitting in the living room. It was nice to have the markers spread out on the coffee table, but the lighting in that room is not great. Even the photo below is struggling. ~_~* I went upstairs to my desk to add the white gel pen, iridescent watercolor, and white ink. And take blog photos, since even though my desk lamp isn’t great, it’s still better than a general floor lamp. The perils of keeping an art practice after sunset: having a setup that is both comfortable and well lit.

I tried to plan the colors a little bit more than usual – using a scrap piece of the same type of paper to test out combinations. I had the forethought of drawing some of the Copic fine liner ink on this scrap last night, so I could be confident the Ohuhu markers wouldn’t bleed the lines. I also used the scrap paper to get my white gel pen to flow better, as Gelly Roll pens always seem to clog on me after just a few seconds. But they are still so fun to use! T_T

I have no idea what I want to work on next. Besides the next mark making project pieces, which will be dip nib pens and ink. I have the supplies out on my drafting table but haven’t yet started anything. But I’m also thinking maybe some more cloth studies, either traditional mediums or in Photoshop. We shall see… 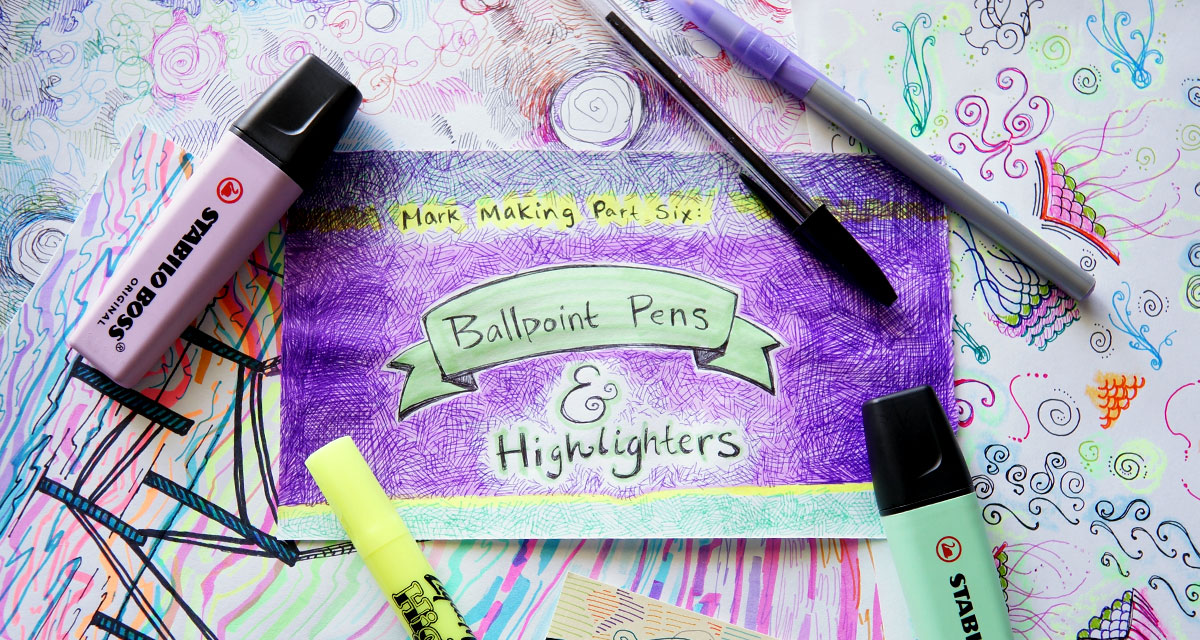 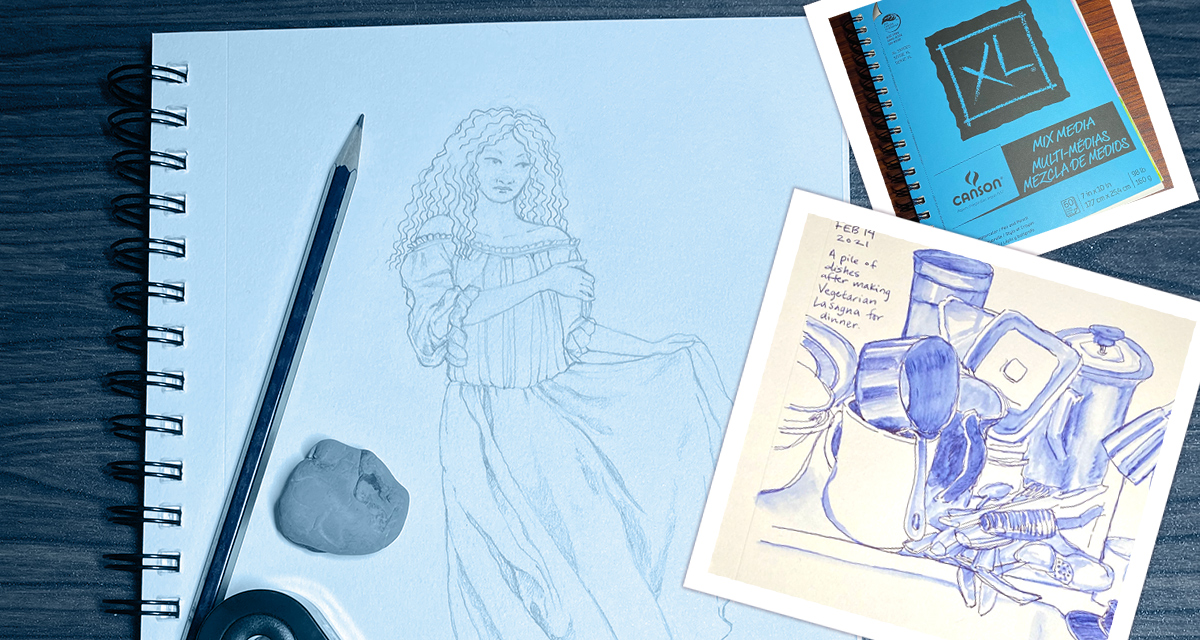 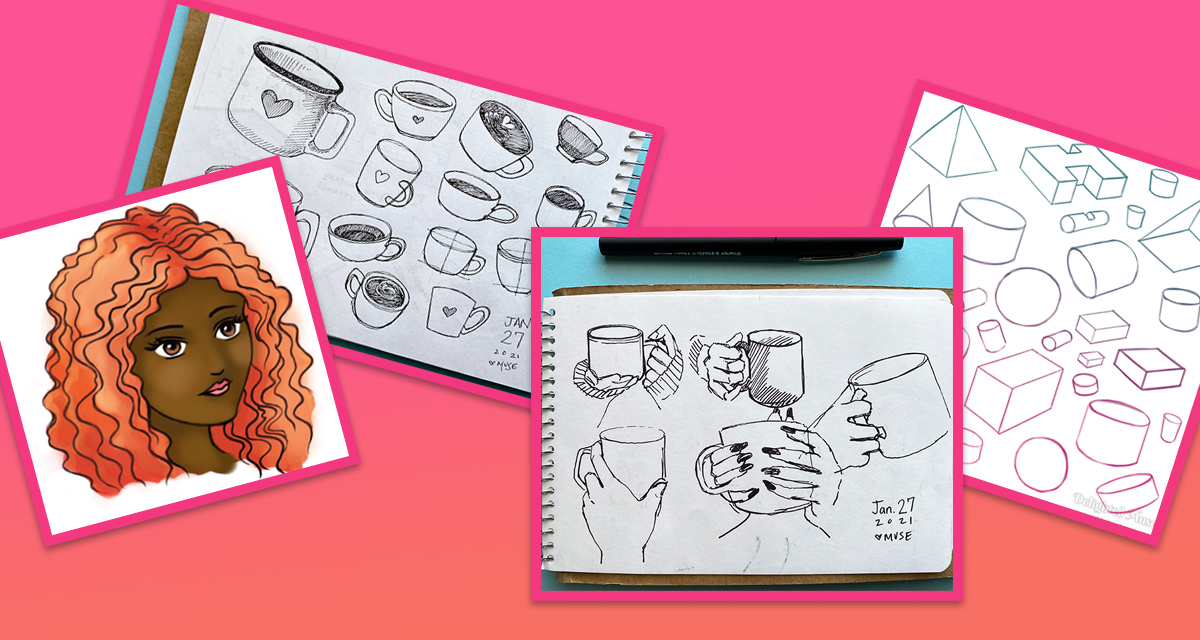