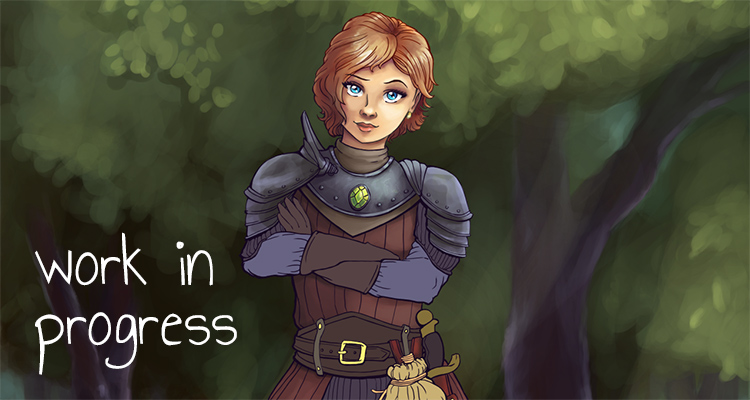 It’s so much easier to make time for digital painting when I also have a TV show streaming on my other monitor. That’s the trick, I think, to getting myself to work on paintings at a computer, after coming home from working at a computer all day.

Shading of the flat layers I’d left off with is going well – I feel like between this piece and last summer I’ve gotten a better handle on keeping the light source in my mind’s eye and having it be a three-dimensional lighting situation. I completely credit most of my progress to regularly dashing off quick life studies in my sketchbooks; even if those drawings feel like quick doodles, they are building up a memory bank of how to visualize and understand light and convey space.

I’m also starting to feel how a real life study is different than drawing from a reference photo – not only does the photo flatten the subject (as well as force commitment to certain contrast and focus), but the depth of being in a shared space with your subject, being able to move around your subject… it’s difficult to describe, but I can feel something clicking within me on how to observe subjects more accurately.

Also a strange thing I’ve realized: my practice has become much easier the less I worry about how to explain what I’m doing to someone else.

I used to try to mentally organize what I was trying to learn into an explanation I could potentially describe and write about at a later time. If instead I process it on an instinctual level while focusing mainly on the actual act of drawing, it feels so much smoother. No verbal/logical component in the moment – just creating visual art.

It’s pretty much impossible to put this nonverbal, intuitive approach into words, so I feel like I’m typing a bunch of nonsense ^_^. I guess what I’m trying to say is: I feel like I’m improving and enjoying practicing art more and that makes me so very happy and grateful. Just go with the flow, man?

In other news, I am love, love, *loving* Game of Thrones season 8. I am only disappointed in the consensus among some of the fandom wanting more twists and turns or people whinging that not enough characters bit the dust in episode 3 last Sunday. That and the “mAd QuEeN DaNy” crowd irritate me to no end.

[Edit to add 8/11/2019: The ending of GoT 8 was so disheartening, I almost wanted to delete this post! But hey, I’ll leave my naive commentary here as-is. That they totally went with the “mad queen Dany” plot broke my heart. I wanted a female hero version of Aragorn, dammit! I was willing to look past so many plot holes and rushed writing if I was just given that. But without that hope to hold onto, most of season 6, 7, and 8 feels tainted and less easily glossed over as good enough. In retrospect, even the first three episodes of S8 make me twitchy and annoyed. *sigh*]

I am 100% here for the Lord of the Rings-esque, fantasy drama and it’s making me so happy. Epic poems, myths, legends, fairy tales: all my jam.

If GoT is a grittier version, cool, cool, but I still want my Hero’s Journey. Sure, some major characters perished early on, but that doesn’t make it a defining trait of Game of Thrones story. The hero’s arc of Jon, Arya, Sasna, and Dany was fairly clear from the beginning. Plus the redemption arc of many other characters (though I am still no sure what’s going to happen with Tyrion’s character).

I also just don’t get the appeal of constantly wanting unexpected twists. There are more cathartic emotions from experiencing stories than just surprise. *Shrug* To each there own, I suppose.

Now to paint more and watch the OA (currently on episode one…don’t know spoilers…oh dear I hope it goes well). 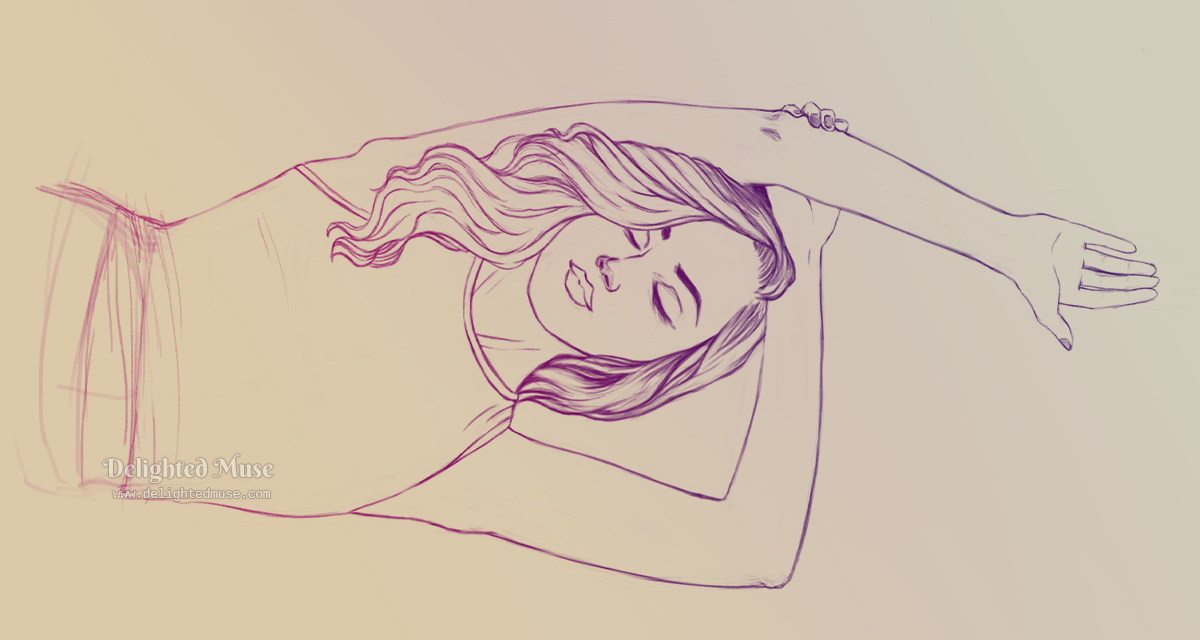 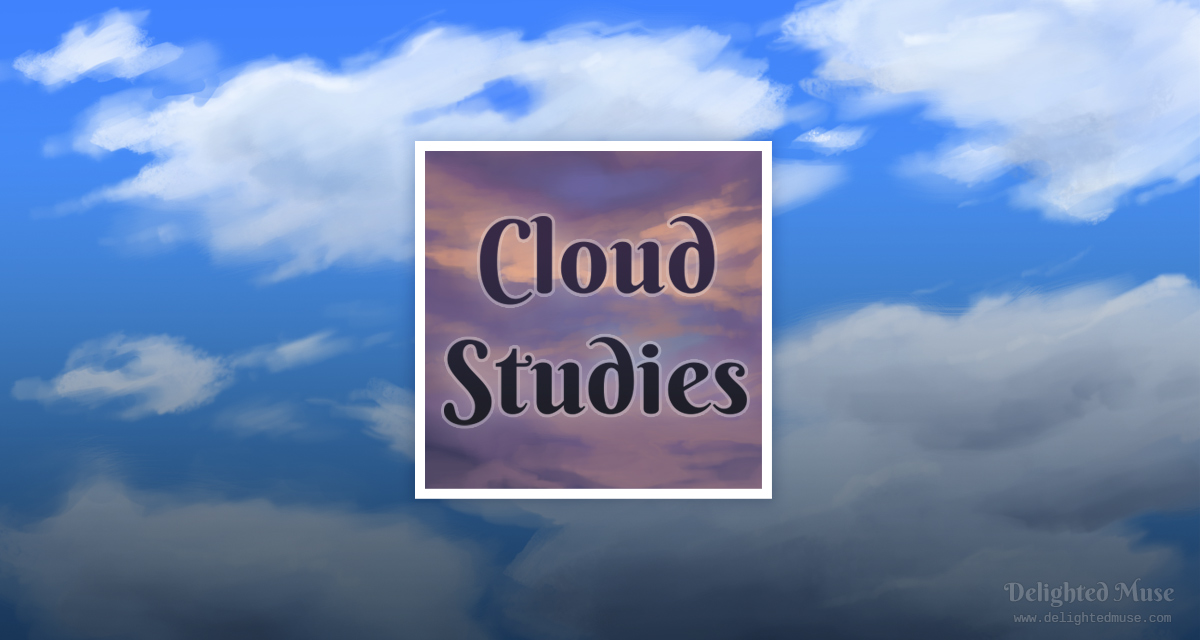